Three lionesses on its store

This follows the success of last year’s campaign, which saw selected Three’s stores have a makeover to show three lion emojis in support of the men’s football tournament. The only problem this year is there isn’t an official lioness emoji. Three are leading a Change.org petition, supported by former England player Kelly Smith MBE.

To date the campaign has already been backed by a host of famous football fans including Gabby Logan and gold-medallists Denise Lewis OBE and Kate Richardson-Walsh OBE. Three’s playful petition to the Unicode Consortium - the global standard for emojis organisation - has already received over 600 signatures and counting as the national team gets to roar for glory.

The light-hearted campaign is part of Three’s long-term commitment to make life easier for its customers, recognising emojis are a universal and popular way of communicating, used by 92% of the world’s online population. 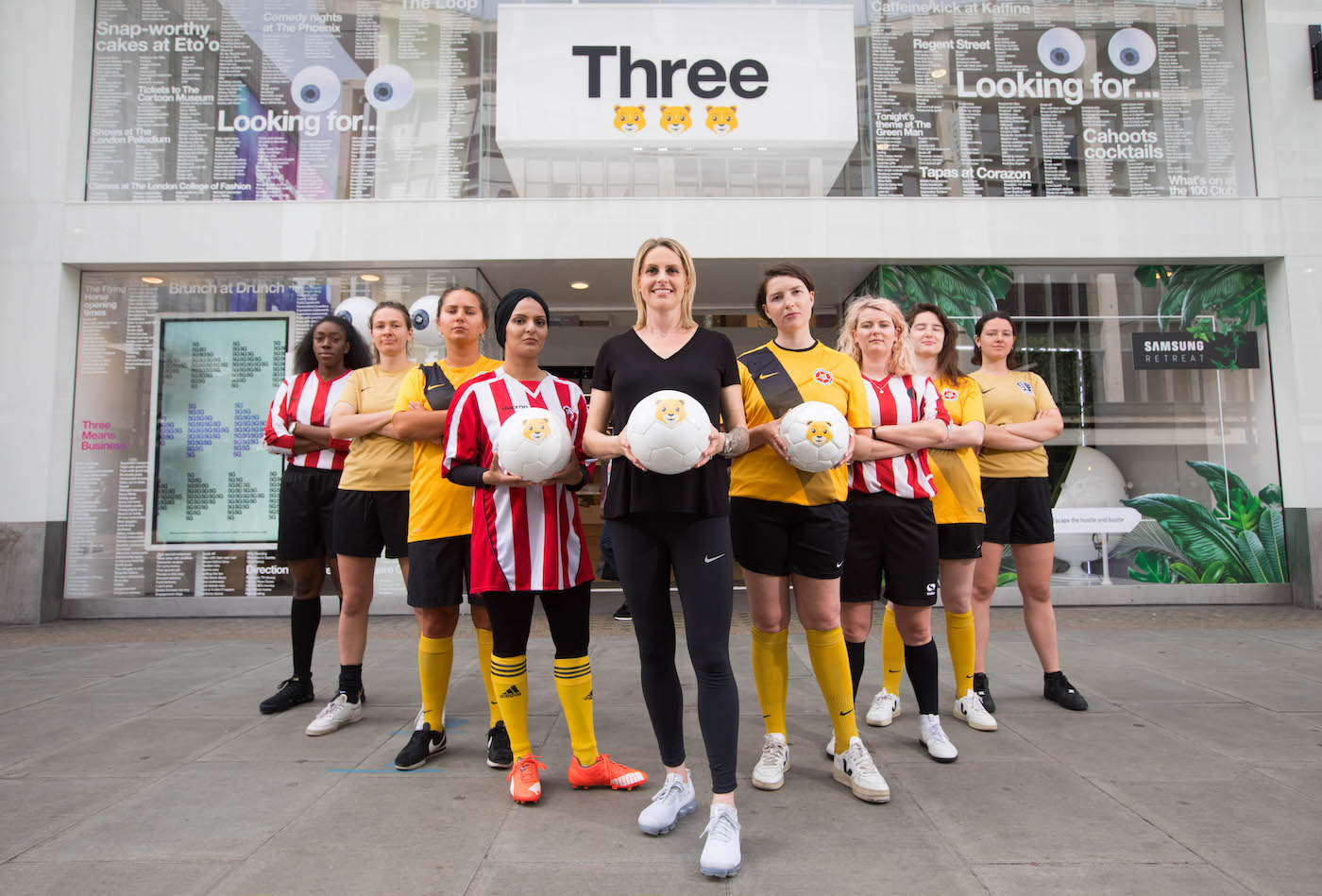 Kelly Smith MBE and Women’s Super 5 League players at the Three flagship store in Oxford Street London, which has revealed the first female lion emoji to be created, ahead of the Women’s World Cup on Friday 7th June. PRESS ASSOCIATION Photo. Issue date: Monday June 3, 2019. Three’s playful petition to the Unicode Consortium - the global standard for emojis organisation - has already received over 600 signatures as England’s Lionesses get to roar for glory.

Kelly Smith MBE, English former football forward, said: “The Lions had their chance last year in the World Cup and now the kingdom is under siege as England’s Lionesses get to roar for glory. Watching my national team brings a huge sense of pride and I love supporting them, anyway I can. Three rallying for the female lion emoji to be added to the emoji keypad means anyone can show their support wherever they are and give women’s sport just as much attention as the men’s.”

Shadi Halliwell, Chief Marketing Officer at Three, said: “At Three we know that Phones Are Good. But they are even better when you can use them for good. So join us in getting a lioness emoji so we can support the ladies in the same way we do the men. We want to use the power of our brand to shine a light on equality in sport. Just as we did for the men last year, we want our staff and customers – as well as the whole nation – to get behind the national team this year. It’s now their time to roar!”

To join in on the fun and sign the Change.Org petition, head to www.change.org/p/unicode-support-three-in-its-rallying-roar-to-back-the-lionesses-in-the-ultimate-quest-for-glory